A quest of this nature always stems from Childhood. I am thin, tall and highly strung. Eight years old 1942 living in a Victorian semi. There is a fair sized wall garden to the rear with three enormous apple trees. Birds that flew over our garden must fly high. One hot summer i was standing in the garden enjoying the tranquillity of the moment when suddenly for no reason at all I went flat to the ground feeling most fearful. Feeling rather ridiculous I got to my feet looked around and would notice a Barn Owl had alighted on the eaves of the house nearby. What was clear to me as a child, an invisible fluid was passing through that Owl and through me and into the earth below making me aware that it was a predator on the hunt.

Experience two was far more dangerous.
Lighting in the Victorian house was by gas. Eventually this was replaced by electricity. My parents bedroom had a bedside table lamp with two sockets. One socket with an electric light bulb, switched on, one socket empty. Gas lighting now gone, this new arrival would fascinate. I would gingerly touch the two live prongs, a sudden surge of fluid would surge into my arm and then disappear. I would carefully consider what that experience would mean when carrying out research in the Brynmor Jones Library, University of Hull ’92-2001.

Experience three, the most dangerous of all.
A lad from school would invite me to his dad’s farm together with one other boy. We would play cowboys on top of a hayrick in an enormous barn. At my second visit to the farm I would jump over a bale of hay I had jumped over previously only to find the whole hayrick had been cut away. I would drop the whole height of the barn onto a wisp of hay in between two pitch forks. I was never invited to that farm again.

Sometime later I was invited to play on the flat roof of a five storey public house in the centre of town. We would play the usual game of cowboys, I was about to jump over a low wall when my previous experience made me pause. I would look over the wall and found I would have dropped five storeys to the ground below.

I fairly bolted out of the building and never played with those boys again.

It certainly had more effect on me then that apple on the scientist’s head. 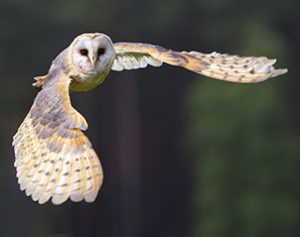